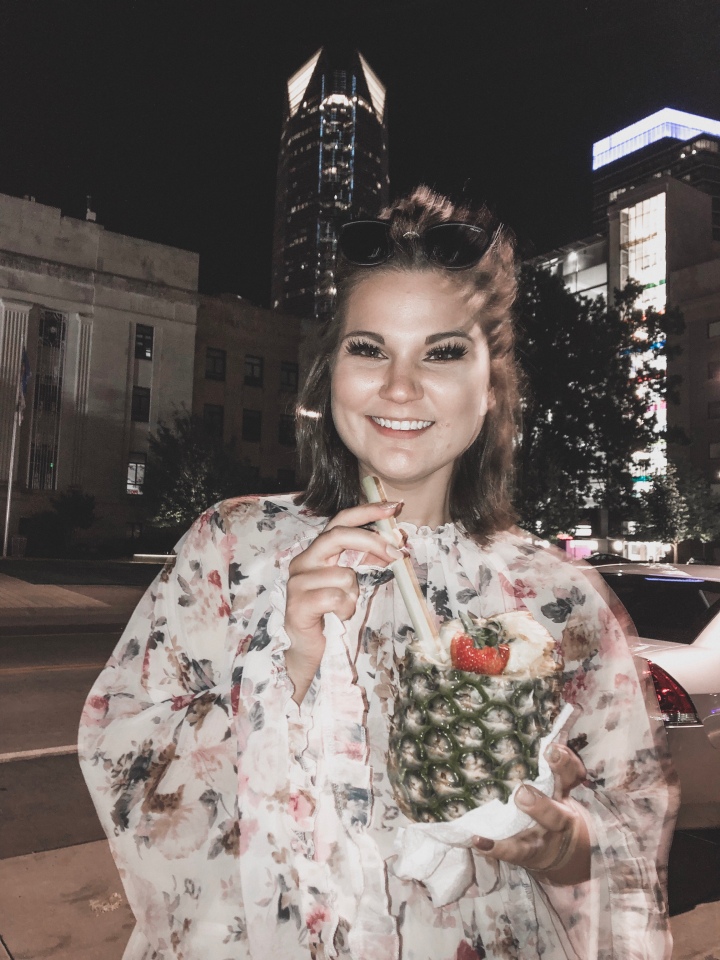 Is it just me, or do weekends go by a little bit faster each time? lol. They never seem quite long enough but now that the weather is starting to warm up there are so many fun things to get out and to. This past weekend was OKC’s first Margarita Festival, which was an event I had been dying to check out for a while.

Overall, the atmosphere was fun – bands, food trucks, the general buzz and comradery. They had about 15 different margarita flavors. I obviously couldn’t get to them all, but the ones I did try did not disappoint – I had pomegranate, hurricane, and prickly pear cactus (and I stole a few sips of orange dreamsicle from some friends).

Entry was free, but then you had to purchase drink tickets to use at the stands to get your margs. Tickets were equivalent to $2, and drinks ranged anywhere from 4-8 tickets each. Definitely more than I would spend on an average margarita, but since it was a festival I was already prepared to spend some money.

For a first ever event, there was a good turn out, except it was almost a little too good. The evening pretty much consisted of standing in line for a marg, and then immediately going to stand in line for another since the lines were so long. The event was held at Bicentennial Park in OKC this year which was not nearly big enough to handle the long, twisty-turny lines. I felt like there ended up being a lot of cutting, whether it was done intentionally or because people couldn’t tell where one line ended and another began, I’m not sure, but the park was way to small to handle the crowd that came out.

And then there was the line for the coveted pineapple marg. My stubborn booty had my heart set on getting my hands on one – however I’m not quite sure that I can say it was worth the 3 hour wait in line. If it wasn’t for the fact that me and my friends would have just spent our time there standing around and talking anyway, I would have felt a lot worse about making them suffer through that horrid wait lol. Since the lines were so long, it was easy enough for our group to take turns going to other stands or to grab food without losing our spot, but it was easy to feel antsy being stuck in one place for so long.

Overall, it wasn’t a bad experience, but I would have liked to see a little bit more organization. For starters, a bigger location would be ideal, especially if this event will only continue to grow in coming years. It would also be nice to see them offer the pineapples at other stands, at the very least one other stand, just to break up the wait.

I like to think I’d go again – after all, I still need to make my way through the 9 other flavors lol. And now that I’ve been once, it’d be easier to go into it with a better strategy (plus I’ve also gotten my pineapple, so maybe next year I won’t be quite so hellbent on getting it!)